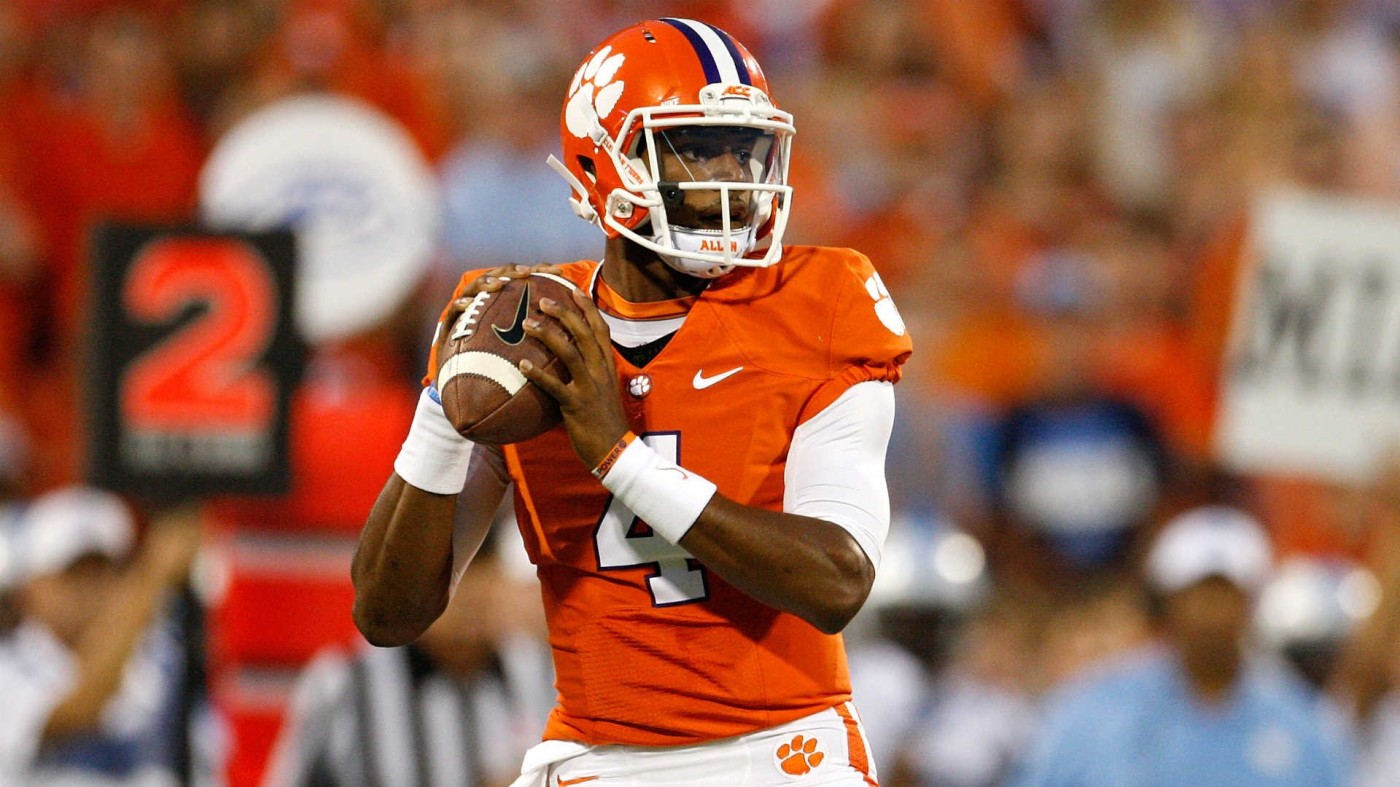 Watson is going to be an interesting prospect to watch coming into the league, as his play is exciting, but very risky. That is not to say the kid is a bust waiting to happen. I rather like what he has shown. He can have a very dangerous passing game with the medium and short range passes. He has shown he is able to hit the middle or the sidelines, pretty much making his range of passing dangerous. His arm is not the only weapon he possesses either; Watson has a very elusive running style in his back pocket to use at will, making his pressure on the Dline quite apparent. His resume is fairly impressive as well: His competition is so far the highest ranked of all prospects scouted so far, averaging 37.9. He has faced off against 5 elite defenses (Auburn #18, Louisville #9, Boston College #8, NC State #25, Ohio State #4, Alabama #2), and passed for 4,000+ yards in back to back seasons. He has played in the National Championship in both years as the Clemson starter, losing and winning against Alabama who was the opponent for both matches. His TD/INT ratio sits a 3:1, and his ability to play under pressure is top notch, showcased in the National Championship game. All this does not change the fact Watson is a reckless player though. In all honesty, many of his mistakes and future mistakes will probably be caused by himself. He has no fear of injury which, while commendable, does place him in unnecessary danger. He is also not afraid to sling the ball around the field, regardless of defensive scheme. This has placed him in a few pickles before. While his victory against Ohio State was completely one sided, his 2 interceptions in the game were for the most part dumb mistakes. Also in regards to his competition, Watson’s opposing ranks hold a rather peculiar illusion. I have mentioned his opposing average rank is the highest of all prospects to date, but in regards to offensive players, the discrepancy between total defense and passing defense rank is one of the largest. In actuality, Watson only competed against 2 elite pass defense teams (Ohio State #6, Alabama #25), and while he did well against both defenses, the level of competition specifically to passing was simply not there. He also competed against 2 scrub pass defenses (Pitt #127 [2nd Worst], and Syracuse #114 [14th worst]). Watson also had the benefit of playing with 4 other NFL caliber players, as both his WRs, his TE, and his RB were all draft prospects as well. Watson performed well, but the question must be asked if his success is in part to the supporting cast around him. When it comes down to it, Watson is really a hit or miss type player. In one instance he will dazzle, and in another he will scare. The question is really if he will continue to elevate his passing game to that of a Mariota, or fall into his bad habits and become a Geno. He has the ability to be both, which is what makes him scary for both the best and worst reasons.