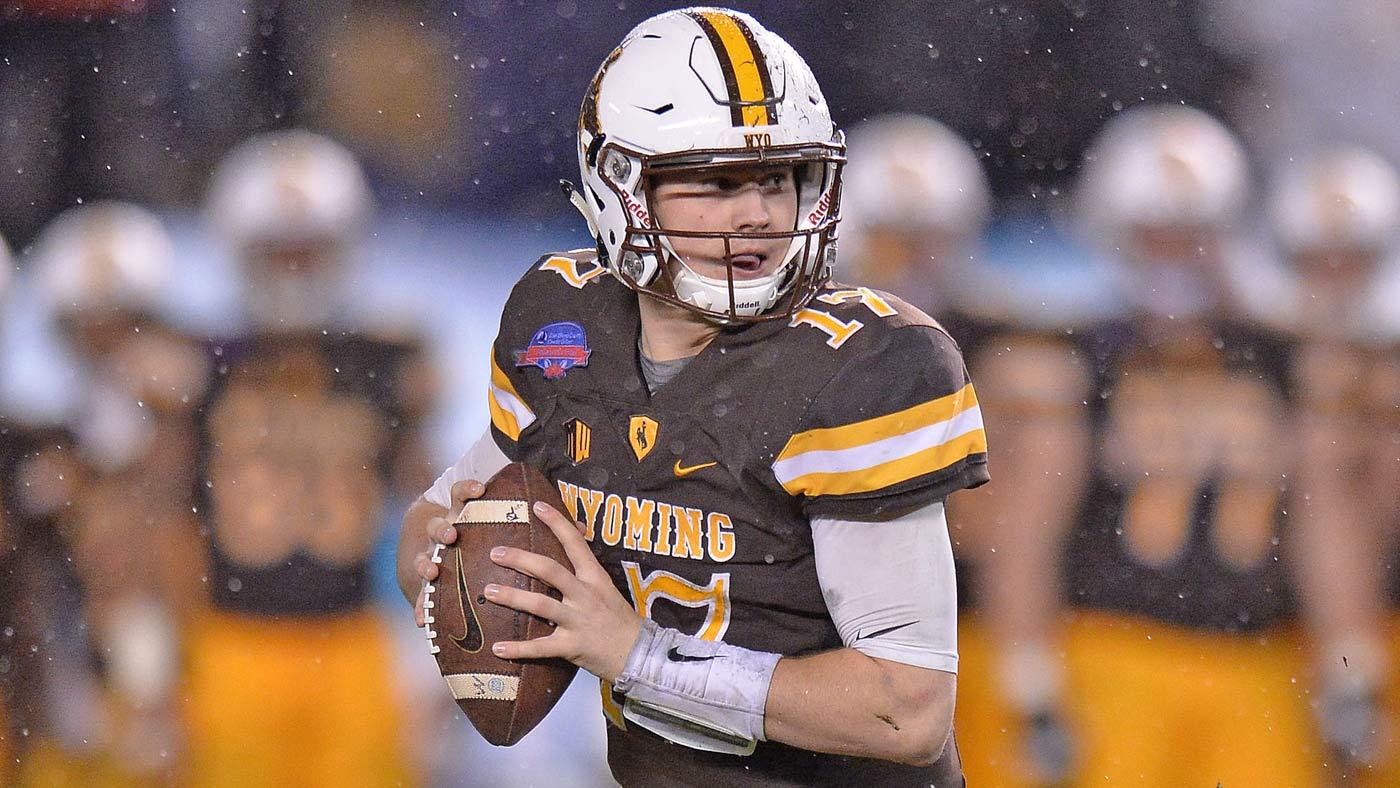 Josh Allen has been hyped since week 1 as a Top-10 draft pick by analysts. His play has earned him a selection as the 3rd best QB on the draft board for 2018, and overall is highly touted for his leadership and overall play on the field. Watching Allen, I can definitely see where the love is coming from. Allen has many strengths to his game, and many of which compliment the other strengths. His pocket presence, plus his mobility, plus his arm strength and size make him a truly disastrous threat for defenses to deal with. The problem with Allen is his resume. Playing for Wyoming and being in the Mountain West conference unfortunately means that Allen has not played against very difficult competition. While Utah State and Air Force were statistically top notch pass defenses, they amounted to little this season. The truly telling game for Allen was against Boise State. This game was not only against a future ranked team and a strong defense, but also forced Allen out of his comfort zone, as Wyoming was trailing by 3 at the begin of the 4th quarter, and was then losing by 10 for the last 10 minutes of the game. This game showed a lot of Allen’s strengths and weaknesses. While the young man was able to throw the ball fairly well, there was a small but important dip in his accuracy. On top of that, Allen was shown to be easily flustered, jumping in and out of the pocket and being more aggressive with his play style when he didn’t need to be. A good example featured a play action pass that was called. The play action featured the slot receiver running an out route  while the X ran a post. In previous runs of this play, Allen favored the out route run by the slot, and also utilized the TE drag across the middle of the field. This this case, however Allen immediately aired the ball out to the X’s post route, and straight into double coverage. This play best exemplifies Allen’s major weaknesses; His mental fortitude when needed is lacking. Similar to his strengths, his weaknesses also exaggerate his problems on the field. He at times only watches a single receiver, will throw the ball into double coverage, and gets restless if he did not manage to have a big play. Overall, Allen is a good work that has problems when his game is broken down into details. If called upon to place a great amount of pressure on himself, he rarely shines in this moment, and his success and failures can be streaky, which could be a problem at the next level. Is Allen a good talent? of course. Is he a Top 10? I’d need to look at more prospects.