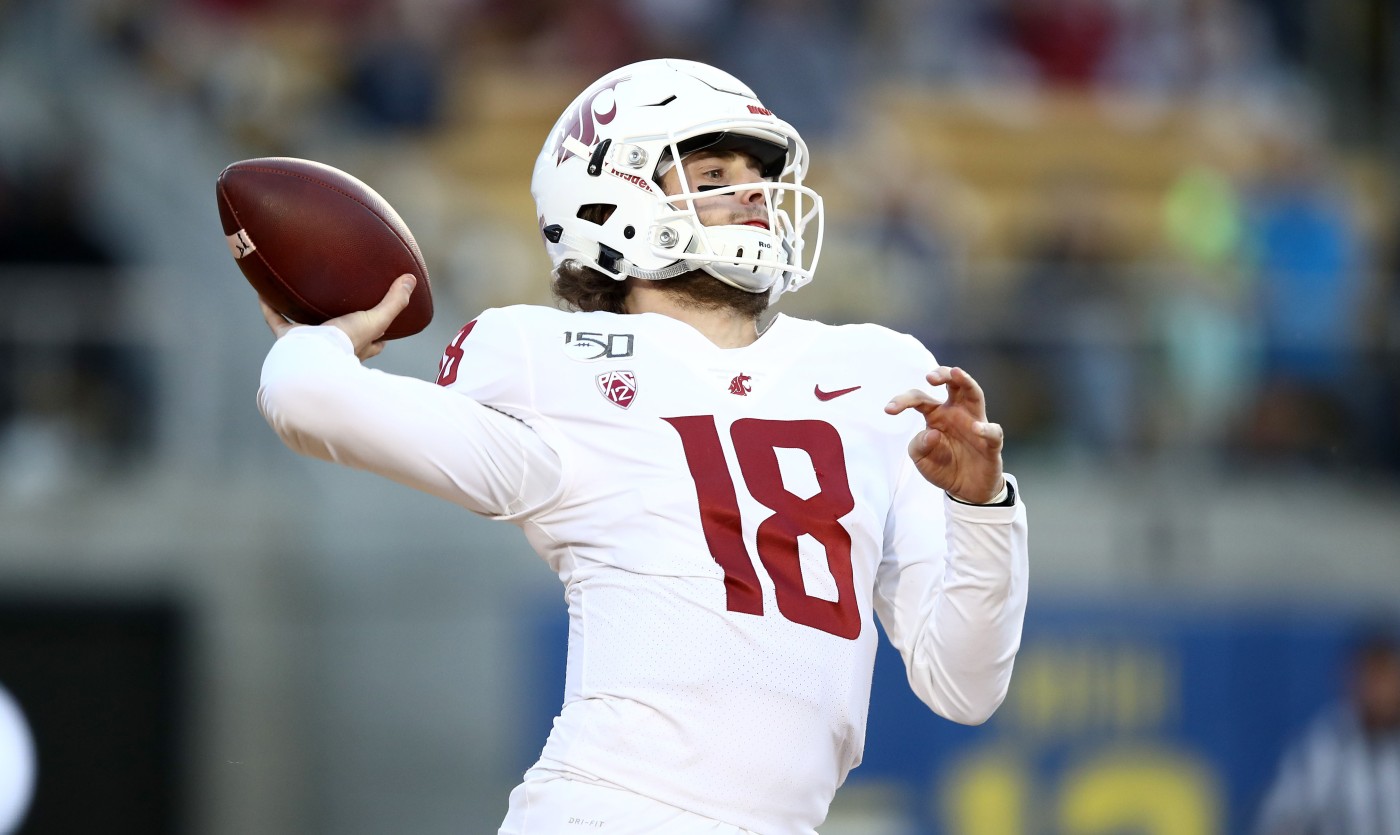 Gordon has been referred to as fool’s gold when it comes to the NFL draft, and with how many flaws he has in his game, it is not hard to see why. On paper, Gordon should be competing with Burrow for the top spot at the college level, after all he is first in yards, attempts, completions, and second in TDs. There is a reason he is not, his development level is all kinds of wack. Gordon’s mental game is pretty high compared to his peers; his recognition skills, poise in the pocket, and improvisation at top tier. He has a very matured sense of patience and decision making, and still remain effective even through so much usage game in and game out. What messes everything up is his passing mechanics. Mentally Gordon is a few steps away from potentially being NFL ready, but his throwing mechanics, maneuvering in the pocket, pass trajectory, and footwork are all completely underdeveloped. He does not maintain his footwork at all during plays, literally making him a sitting (or standing) duck in the pocket, his release is slow, his ball positioning when he is holding it is low. Everything about the mechanics of throwing a football is severely underdeveloped. This places Gordon in a rather precarious position, where his development level is both ahead of schedule, and severely lacking. Any team that takes him will need to improve his throw mechanics before they can do anything else, otherwise he is going to get beaten up in the pocket and strip-sacked time and time again.