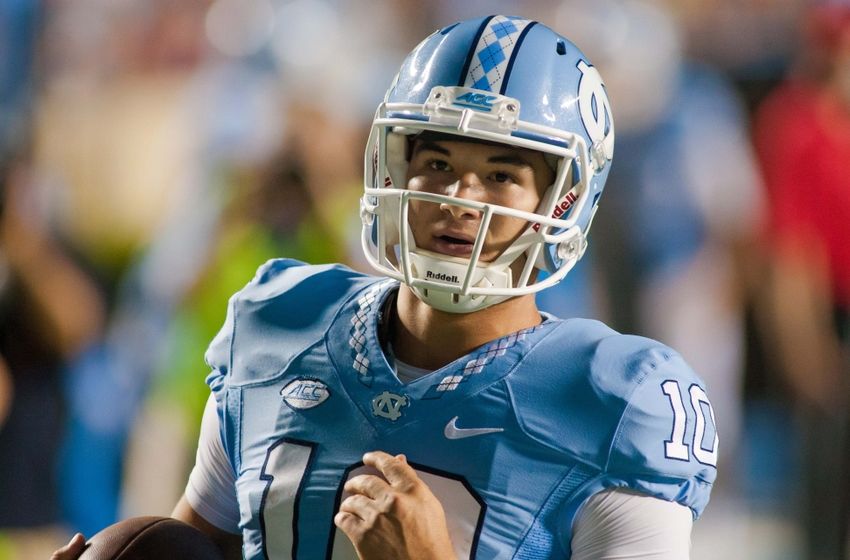 While it is understood to most in the realm of the NFL that Trubisky is a top 5 QB coming into the draft, the main question is whether or not he is worth a top 10 pick. Make no mistake, he is skilled at passing, and shows a good levelheadedness when the game is on the line, but that does not erase the fact that Trubisky, in all his glitz and glamour, is the most inexperienced Quarterback coming into the draft. He only ever started for a single season, and while his stats rank him the #10 QB in college, his play during high stress games, such as the Sun Bowl against Stanford, show he can easily fall into the habit of making poor mistakes. Winning wise, UNC finished with a record of 8-5, however if you eliminate non-D1 teams (James Madison & The Citadel), then UNC sits at a 6-5 record, and are 2-4 against AP ranked teams. His stat line against ranked teams is not so great either; his accuracy sits at 63%, much more honest than the 68% he has for the season, and his TD/INT is at 7/4, making him a fairly average QB against legitimate opposition. Going into the NFL, Trubisky’s main weapon will be his ability to draw out plays if needed. His athleticism is a huge asset at the QB spot. But his greatest concern will be his inexperience, as he is a fairly adequate passer against top defenses; However, against the best of the best in a QB driven league, adequate is not good enough. Given how he is now, I would expect his rookie season to look something akin to Mark Sanchez.