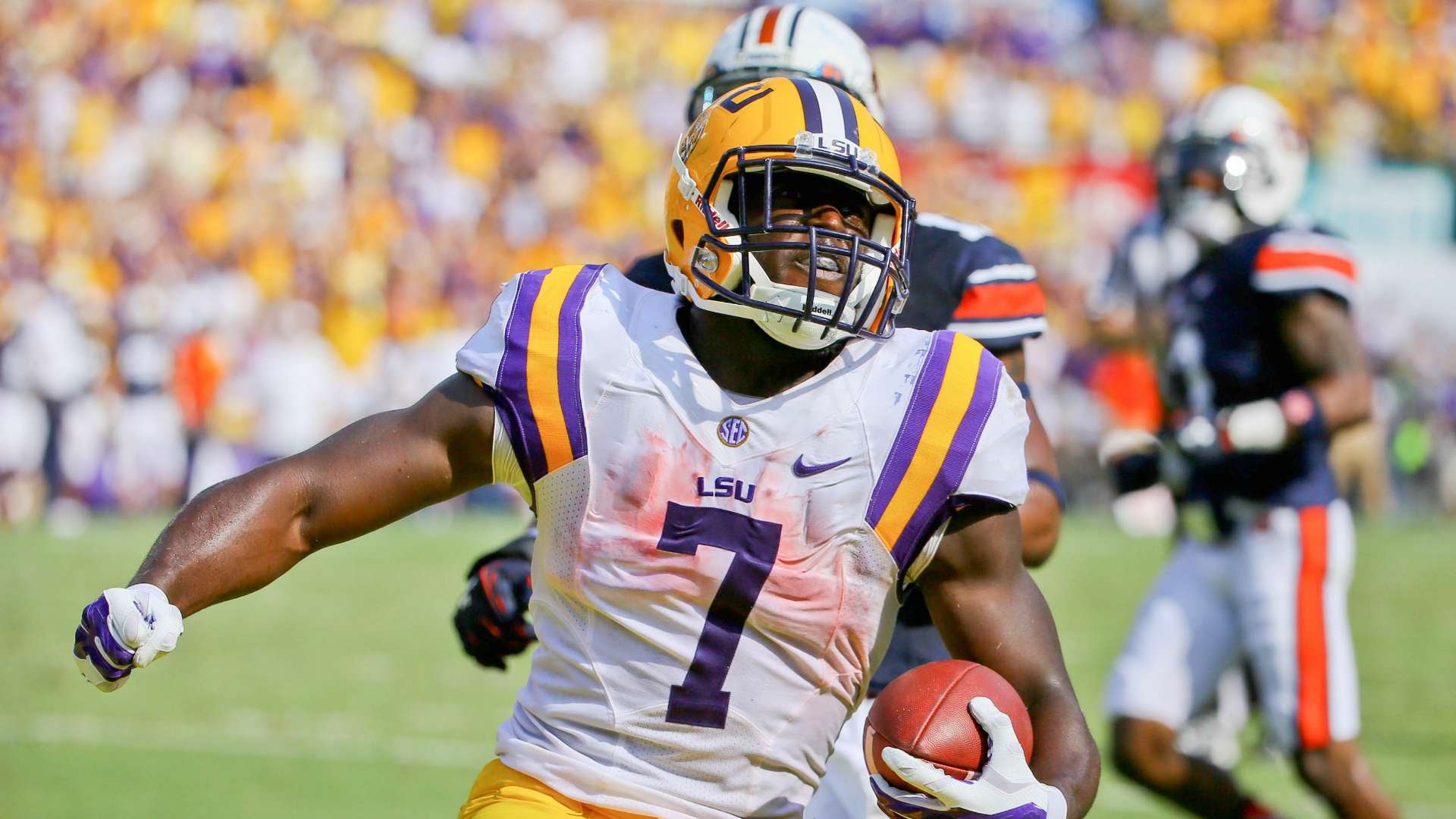 As a runner, I like Fournette. I admire what he brings to the table for any team’s rushing game. His combination of strength and speed will be sought after throughout the league. What I do not like is his effectiveness, or lack thereof, on anything else. He is a poor blocker, and an OK target for the passing game. While this would not kill his stock, this does limit what his effective range in the playbook is. Him being in the backfield does not help protect the QB, so his usefulness in Shotgun situations is questionable. Coming from a Pro Style offense at LSU does showcase his rushing abilities, as he has spent the past 3 years running out of a traditional running philosophy. In addition, Fournette played in the SEC, a run heavy conference, and played against three Top 25 elite rushing defenses this season alone (Wisconsin ranked #4, Auburn ranked #20, Alabama ranked #1). Aside from Alabama in which Fournette did poorly, the other 2 games saw Fournette rush for over 100 yards both games, and averaged 6 yards a carry; Astronomical stats when you think about these teams being elite run stuffing defenses. Statistically his biggest game of the season came against Ole Miss, where he ran for 284 yards and 3 TDs. This game, while impressive on paper, was against a horrific run defense; Ole Miss is ranked 119th in rushing defense, making them the 9th worst in the nation. Going into draft, Fournette holds the advantage of playing against tough run defense, and while he may not have performed as well statistically this season as one of his skill is to be expected (he finished ranked 103rd in rushing), he has spent the past 3 years playing against elite run stuffing defenses. His level of competition for college can help him transition to the NFL. His greatest weakness is his subpar and wobbly play outside of the run. While he does possess catching ability that can be used as an asset, his lackluster route running can keep him from making any plays. His blocking also needs work, as his absent-mindedness will not be forgiven as much as it was in college.