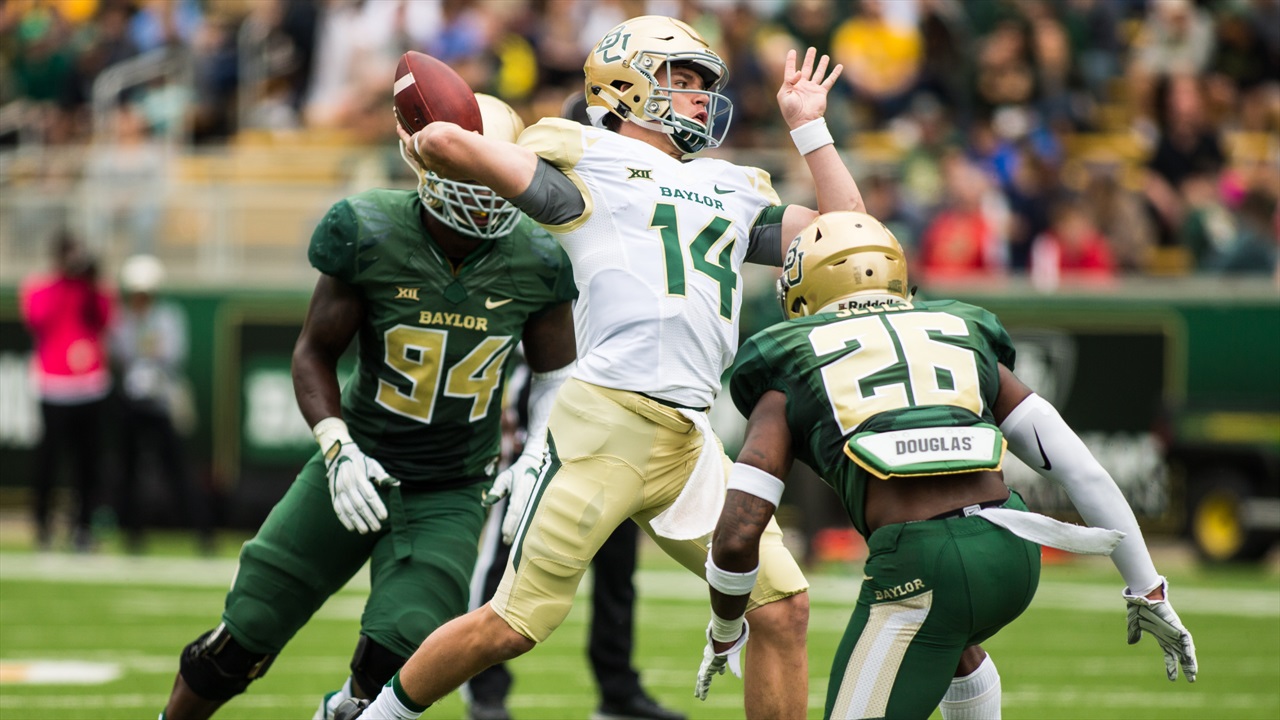 With three of the top 5 spots on a bye week, upward movement in the ranks got a little funky for the week. With five new QBs listed (Jamie Newman, Kenny Pickett, Zach Smith, Mike Glass III, Jake Luton), and six still injured, the rankings get more inflated.

Tennessee is by no means a threat to the destructive Georgia offense, but Fromm still managed to show exceptional fundamentals and development in the game. Aside from his awareness of the field, the big positive to take away from this game was Fromm’s maneuverability in the pocket, which he showed multiple times throughout the game. As the season continues, Fromm is showing more and more positive aspects of his game that makes ignoring him as the top guy almost impossible.

If there is one positive to Hurts in terms of passing, it is that his deep ball is probably among the most accurate in the nation. His range from the field is incredible, and his placement is excellent on any throws past the 10 yard mark. What still haunts him is his over reliance on his legs. When he escapes the pocket, he continually gains tunnel vision, prefering to take off for a run instead of keeping his eyes downfield for the big throw.

Burrow’s speed at which to dissect plays is among the quickest, but he seems to lack the ability to sense pressure. Whether this is obliviousness in the pocket, tunnel vision, or a compromised internal clock, Burrow was touched in the pocket more times than you would want a defense to lay hands on your QB.

While Ehlinger did show his arm and his ability to place the ball in some pretty tight windows, what concerns me at this current moment is his decision making. Forcing throws, or making boneheaded plays littered his game against West Virginia.

Stanley’s game is frustrating in the sense that as each week passes, it seems he is either being exposed for his lack of ability against legitimate opposition, or he is refusing or otherwise incapable to utilizing his toolkit when he actually needs it. This is the third consecutive week where Stanley’s decisionmaking with the ball is in question, and against Michigan’s pass rush, it seemed Stanley simply could not locate the pressure and avoid it.

nothing but good things to say about Brewer this week. Good ball placement, good accuracy on the run, good maneuverability in the pocket, good vision and awareness of the field and where the moving pieces are.