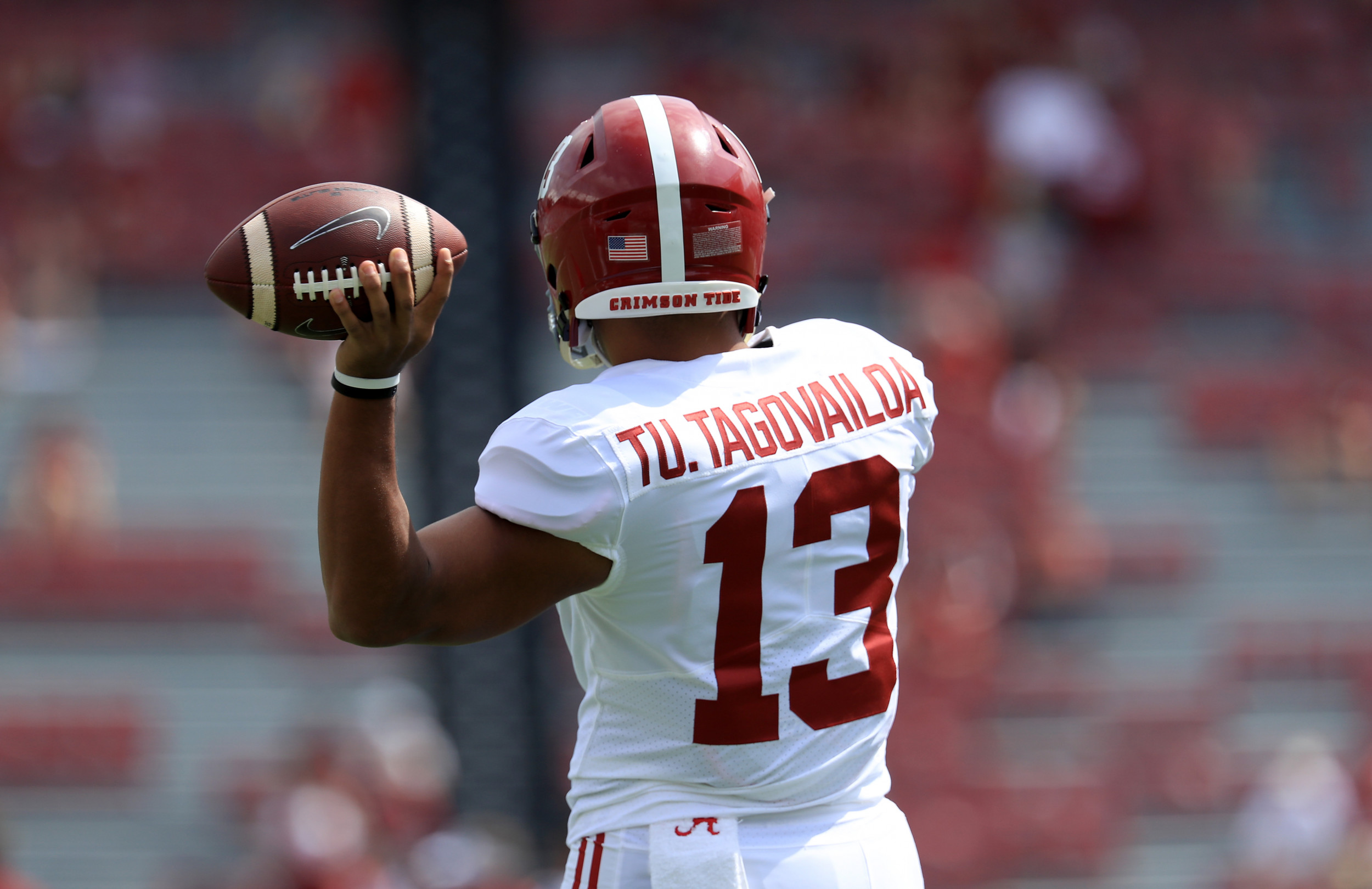 Week 7 saw a huge movement among the Top 10. Poor performance by Jake Fromm opened the #1 spot to anyone, and Tagovailoa continued to make his argument known for why he is considered the best prospect in the college game.

It finally happened. After many weeks of being held back by the likes of Costello and Fromm, Tagovailoa now sits as the only top QB from the preseason who has yet to have a poor performance as of now. As I’ve mentioned before, Tua’s quickness on the his release and his maneuverability make him a dangerous weapon at the college level. His continued growth and display of his fundamentals make him a very promising prospect at the professional level.

To say Anthony Gordon played well against Arizona State is a vast understatement. While Washington State did not end up winning the game, Gordon still was able to show that on an individual level, he is a top prospect for the NFL draft. Among the most accurate, what Gordon showed is that he is able to maintain accuracy while under different circumstances in a game.

Hurts’ game against the Longhorns was impressive both on an athletic, and technical level. With pinpoint precision on deep balls, and blinding speed with frustrating evasive skills, it is impossible to have a list of the best college QBs without Hurts somewhere on the list. This is, of course not without his problems. When it comes to development level, Hurts is still relying too much on his legs, which may continue to stifle his development in the pocket. Still, as it is now, Hurts is a very dangerous QB and his upside when thinking about the draft cannot be overlooked if the opportunity arises.

In a Top 10 matchup between #5 LSU and #7 Florida, Burrow was damn near perfect throughout the entire game. While his pocket awareness is still pretty shaky at times, his accuracy, vision, and ability to command an offense challenges any other QB prospect. And with reports of Burrow’s preparations for games rivaling that of even professional QBs in the NFL, it is looking very promising for whoever gets to add him to their team come the draft.

A combination of playing against the best defense in college football, and others playing at an elite level make Mond’s drop possible. While his game against Alabama was altogether shaky, it must be noted that Mond did pretty well considering the level of defense he was playing against. Even when under pressure, he refused to make dumb mistakes to try to force his team back into it. If anything, it is a positive to come out knowing Mond can still make things happen when against a suffocating defense.

Texas-Oklahoma saw Ehlinger directly compared to Hurts, and it was definitely not a good look for Ehlinger. In all honesty the only reason he even moved up was because another QB ahead of him had such a poor performance. What hindered Ehlinger the most seemed to be his over-reliance on the first option being open. In numerous points in the game, Texas had their offense stall out because when Ehlinger saw the first option unavailable, he didn’t quite know where to go from there. This has not been a noticable issue in previous games, so I did not penalize him too much, but if it becomes a trend, it is a very problematic issue.

In a word, Stanley’s performance against Penn State was average. He has performed better against lesser competition, but it seems the fact of the matter is when Stanley plays against legitimate competition, he simply wilts.

North Texas played against Southern Miss, and we as the audience got to watch two QBs on the opposite side of the QB spectrum. On one side is the game manager Mason Fine who only averages just above 20 throws a game, and on the other side, Southern Miss’s gunslinger Jack Abraham. While it is easy to look at what Abraham did and discount the performance Fine managed to have, Fine has shown consistency week in and week out. While he may never crack the Top 5, Fine is a reassurance that there are QBs in this draft class who can get the job done.

It may seem harsh to drop Fromm so far down the list because of his loss to South Carolina, but truth be told that is not the reason for his plummet. If this was the only game you watched not knowing who Fromm was, his performance would never have someone thinking he was a top guy. Every aspect of his game that was a selling point seemed to have either been hindered or not shown this week. His vision and decision making were inconsistent. His pocket presence was on and off, and his ability to throw when pressured was not nearly as good as we’ve seen in the past.

Eason’s performance was not particularly exceptional, but with the QBs around him playing poorly, his consistency was able to move him into the top 10.