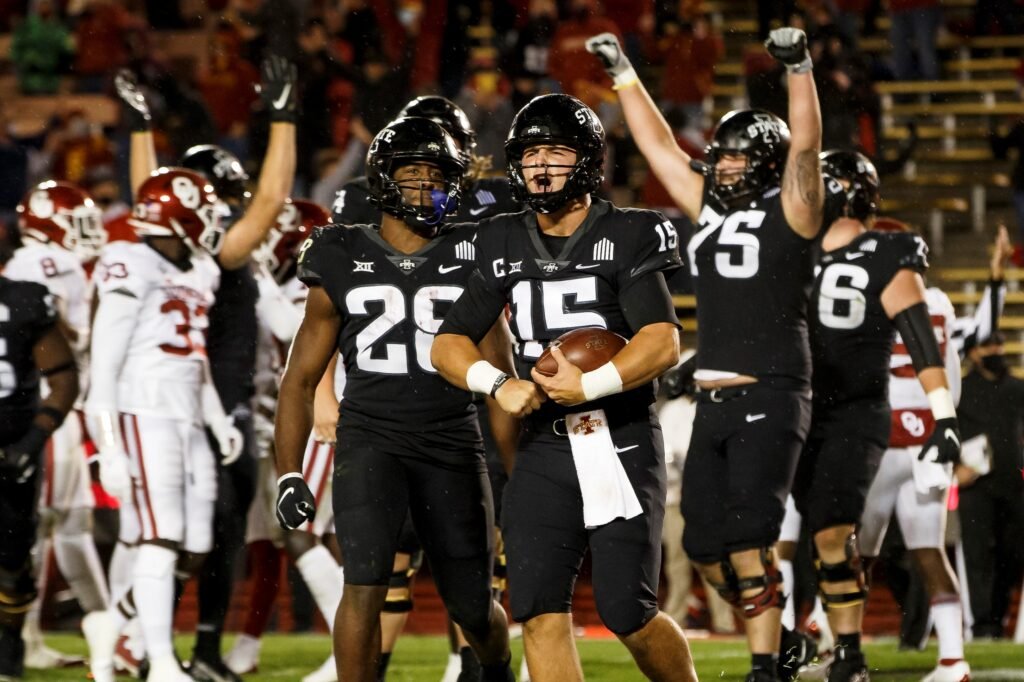 Texas’s loss to TCU all but eliminates the Big XII from Playoff contention, but at the very least Ehlinger showed some good QB play during the upset. The best takeaway from this game is Ehlinger’s ability to locate the blitz, and good maneuvering within the pocket. Even when TCU was able to penetrate the pocket, Ehlinger showed his ability to play through the pressure and stay composed. You could also see an improvement to his touch and ball placement as well.

Anyone who watches Lawrence play knows the kid is the real deal. This week he showed his intelligence and situational awareness as he kept Virginia from getting the better of him even when he on his back foot. Aside from this, Lawrence has a strange ability to push pace and increase the flow of the game, which makes Clemson seem to play at a faster pace than any other team.

Trask may very well be on the underrated side when it comes to his playmaking ability. He is not in the same conversation as Ehlinger or Lawrence or Fields, but given an opening, Trask can make things happen just as well. If there is one thing you can take away from Trask’s 4-TD performance against South Carolina, it’s the guy has good vision of the field. He is terrible with ball security, as he fumbled the ball yet again this week.

Pickett did what needed to be done, torching NC State for over 400 yards from the air. While NC State managed to sneak a 30-29 victory and knock Pitt out of the rankings, Pickett himself played well, showing his athleticism and playmaking ability when the pocket breaks.

474 yards. 4 Touchdowns. Upset win against #25 Memphis. These are the main points for Buechele as Week 5 comes to close. It should not shock many people, but Buechele is a QB who can do whatever you need him to do, and his passing ability, from his touch to his placement and throwing motions, are all good.

Purdy made some dumb mistakes, but regardless he does show what he is capable of doing when he is comfortable with the offense and the pocket maintains itself. Purdy continues to cement his gunslinger playstyle for better or worse, but an upset win over #18 Oklahoma is definitely better.

Wilson did not have much competition this week, as BYU slaughtered Louisiana Tech Friday night. Zach Wilson has some good fundamentals, but without any legitimate competition, or some awe-inspiring film, Wilson will not crack Top 5.

Mond did what he could against the Alabama defense, which wasn’t much. His stat line was not all that impressive, but considering he was capable of doing anything with a non-existent pocket and a team that so completely laps Texas A&M in talent and coaching, Mond really did as much as he could.