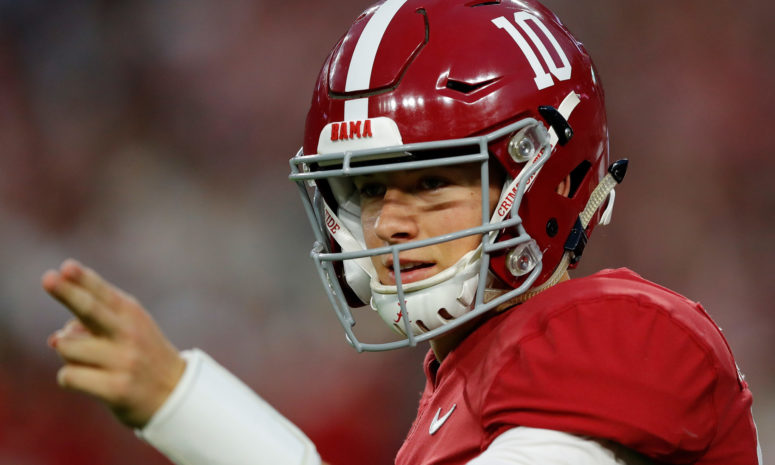 Trevor Lawrence had a phenominal game against Miami, and showed the entire nation that while Miami may be a good football team, Clemson is still in a league of it’s own. Lawrence himself threw for over 300 yards and had himself 3 TDs to go with that off 43 attempts. From start to finish, Lawrence showed just how accurate and crafty he can be with the ball.

Statistically Trask had a good game. He threw for over 300 yards and 4 TDs against Texas A&M, and finished with over 70% completion percentage for the game. What he struggled with were dumb decisions, including a throw that could have easily become an interception. Florida lost to A&M, and Trask himself was seen being asked to rely on bubbles and screens too often.

Purdy played great against a struggling Texas Tech team that really could not find an answer for him or RB Breece Hall. Purdy finished with 300 yards and 2 TDs, as well as some good film on accuracy and field vision. He even managed to control himself and not chuck throws up for god knows what reason.

Wilson is accurate and a shifty player who can escape the pocket if needed. If there was one takeaway from this week’s game against UTSA, it’s that Wilson can be mobile if needed, and is pretty good at directing traffic when outside of the pocket. BYU’s success comes in no small part to Wilson’s efficiency with the ball.

While his stat sheet may not look too nice with only a 53% completion percentage and an interception to boot, Pickett for the most part played a pretty decent game. He was asked to throw the ball 49 times this week, and has seen a steady increase in usage as the season went on. All-in-all, he had a decent game, but did not show anything new or worth mentioning.

Whether or not Florida is overrated is redundant to the fact that Mond dropped over 300 yards and 3 TDs with almost 70% completion on a team thought to be a Top 5 team in the nation. Mond showed glimpses of his pontential as he dabbled in ball placement and trajectory, and his field vision was showcased. Mond has always been a personal favorite of mine, and I cannot wait to see what comes next.

Book is giving me Mason Fine vibes from a year ago: He is not really asked to lead the Notre Dame offense, but when he is asked to pass, he does it with deadly efficiency. He only threw the ball 25 times this week, among the lowest of all on this list, yet still dropped 200 yards. Book really showed how deadly he was with the play action this week, managing to eat up a good chuck of yardage by getting the defense to bite on the fake.

Ehlinger plummeted out of the Top-5 this week with a piss-poor showing against Oklahoma. Asked to throw over 50 times, Ehlinger could not even scrounge 300 yards from the air, and accompanied 2 INTs with the 2 TDs he threw. His inability to stay in the pocket and get things going was a definite weak point of not only him personally, but the team as a whole.

King had a terrible passing game, and was unable to do anything against the behemoth that is Clemson. Regardless, the only reason he did not drop as much is because he still showed his playmaking ability. That and a good number of QBs struggled this week.