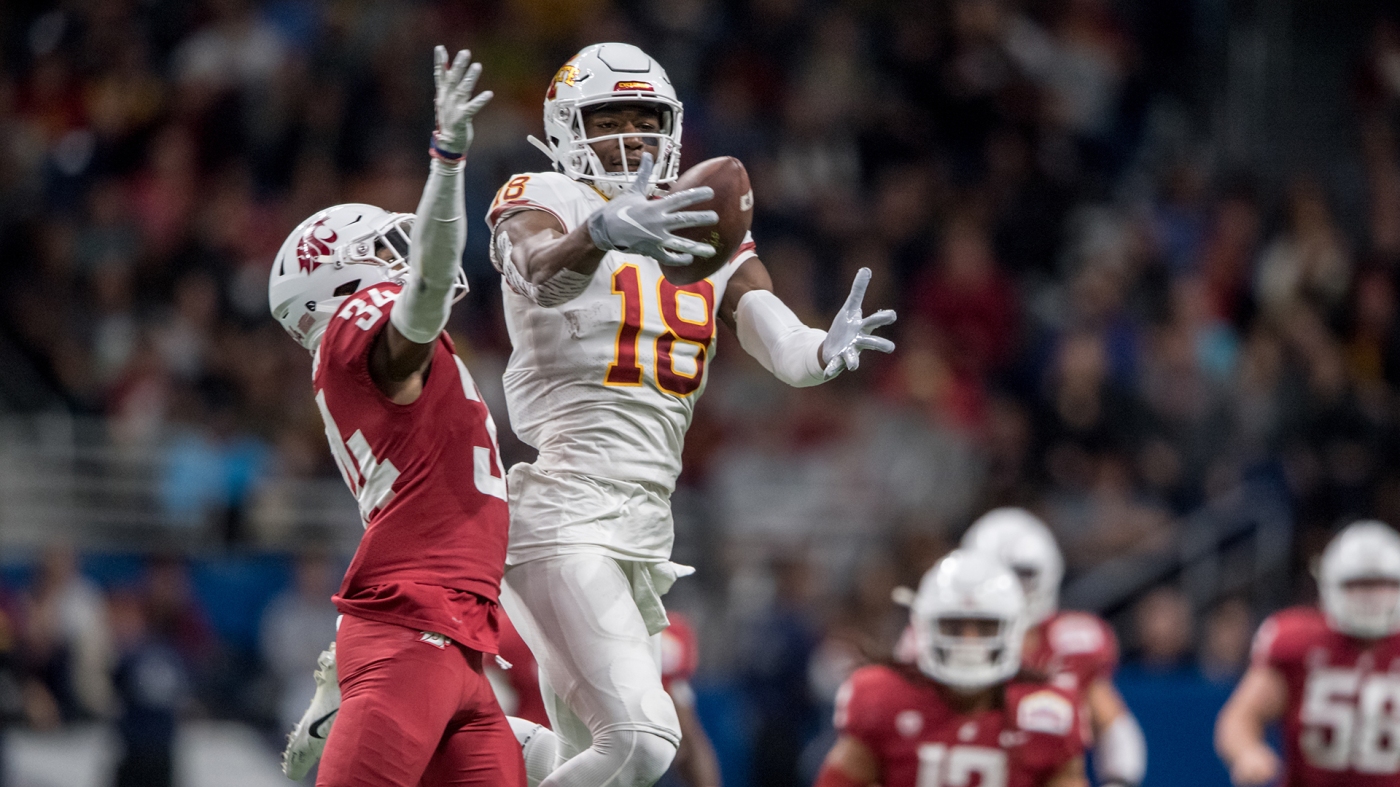 Similar to David Montgomery, I must start this by acknowledging I have a bias towards Butler because he played for Iowa State University during the same time I was a student. So like Montgomery’s report, I will try my best to be fair in my assessment.

Butler is one of those players where he shows what he could be, both in a positive and negative way. On one hand, Butler’s size and ability to play the ball in the air can be devastating to opposing defenses as he slices through zones and feeble attempts at man coverage. But on the other hand, Butler is also extremely prone to unnecessary drops, as he could make a crowd erupt in excitement from miraculous snatches out of the air as many times as he could make a crowd howl in frustration at an easy first down slipped right through his fingertips. Butler’s foundation is built around his size. He is a handful to any corner, and his body control and awareness of the game makes him deadly in aerial bouts on any given play. His reach and physicality makes man coverage extremely difficult in most one on one situations, and his concentration when he is needed makes him almost seem immune to the perils of going for passes in traffic.

That being said, there is a reason Butler is currently listed as 12th of 20 in the NFL’s draft tracker. Butler is a great specimen for potential and upward progression, not a beacon of initial development and immediate impact on the field. He is simply not at the level necessary to make an immediate impact, and any thought of him being higher than a project player is foolish. For one, he drops way too many passes for someone who needs to demand attention like Butler’s play style often does. His route running is also a work in progress, as his comeback routes are more turn-arounds rather than legitimate comebacks. His cuts are not sharp, and tend to round out, making his in and out routes slower and lack the ability to shake pesky corners. His blocking on run plays is a huge liability, as he simply puts his body in front of defenders rather than forcefully moving them out of the area of play, meaning corners are still a threat, and particularly pesky run stopping corners and nickels will have no problem getting by Butler. In addition to all of this, Butler is not a good ball carrier. He lacks any sort of evasive moveset or ability to finesse defenders, and more or less can only attempt to quick cut before getting wrapped up and brought down. He has benefited greatly from the fact that corners in college are vast in terms or size and ability, so he has been able to simply use his size to go through them. This will not be the case in the NFL, as the cream of the crop corners will not be so easily handled.

To finish this off, I want to bring your attention to a fascinating discovery I stumbled upon while watching Butler in games. During three specific games I scouted (Iowa, Texas, and Baylor), Hakeem Butler was never targeted over the middle, not once. A vast majority of his routes consist of go/fly, hitches and comebacks, and outs. He does the occasionally slant, but is targeted before he makes it to the middle of the field. Whether or not this will be a problem remains to be seen, but it was a fascinating nugget I stumbled across that I felt worth sharing.