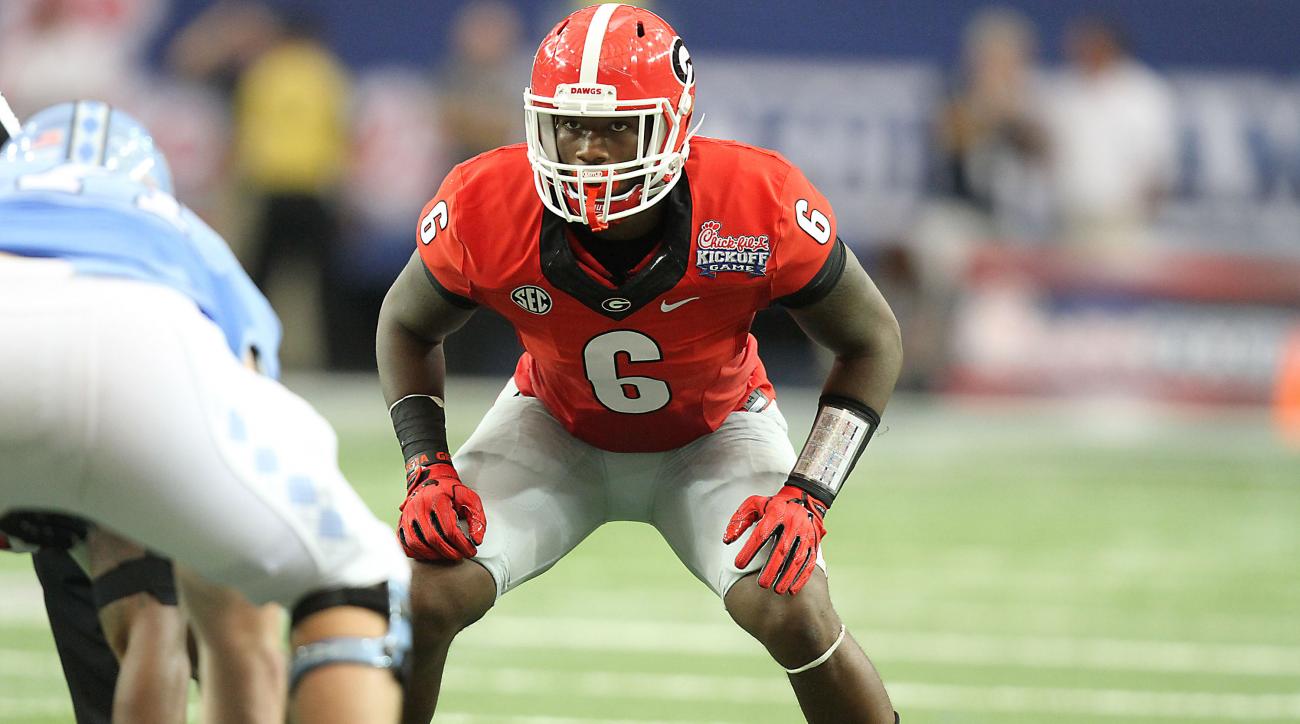 Patrick is a strange player to watch. On the NFL’s draft tracker page for the 2019 draft class, Patrick is listed as the top inside linebacker of only two who are in this year’s class; however for a majority of his snaps, Patrick has been lined up outside of the tackle box as an off-ball linebacker and adjuster for Georgia’s defense. How this makes him an ILB is beyond me, but for whatever reason, the NFL has listed him as such. This could very well be detrimental to Patrick in terms of classification.

His skill set is very much geared towards that of an off-ball linebacker, as his main strength comes from his ability to mobilize in coverage, and his seemingly swift movement to crash down on runs, and pick up any backs coming to the flats out of the backfield. While others have written off Patrick’s tackling ability as being poor, as far as I saw, he was average. He was at a level that you would expect from a draft prospect, though he is definitely not the best.

What makes Patrick such a low prospect for me is the fact he was utilized more or less as a sub package player. His role alternated between strongside interior linebacker in 4-2 schemes, strongside edge rusher on some snaps, and a Nickel/linebacker hybrid. He was not used as a central piece in Georgia’s defense, and found himself on the sidelines way too much for someone who is supposed to be an impact player. Another bleak finding is that for a player who was recruited as a defensive end, Patrick was obviously not developed as a rusher, as his ability to adequately blitz and apply pressure to the QB is almost laughably bad. He is aggressive off the snap, I’ll give him that, but he does virtually nothing after that. He is slow to shed the block, and has no notable moveset to get into the backfield. His only move is either to dip his shoulder or try to bullrush, which he is not strong enough to do.

There is absolutely no aspect of his game that is ready to make an impact at the next level, and even arguing he can come in as a sub package player on rotation is a stretch, as he will provide nothing of significance. Patrick is a project player in every sense of the word, and it will be interesting to see how teams will develop his game, or if he can develop enough to stay in the league altogether.